We arrived for the evening event at the Best Western Royal Clifton Hotel & Spa just in time. The drive had been horrendous and we feared we were not going to make it. Having set off from London in sunshine, the weather deteriorated. We were soon driving through wind and rain, and taking detours due to accidents and road works along flooded back routes.

Eventually we arrived at The Best Western Royal Clifton Hotel, which is situated on the Southport Promenade.  It is a traditional Victorian hotel, with many period features, that has recently been through a thorough refurbishment. Unable to park at the hotel, we managed to find parking nearby and went to our spacious room over looking the King’s Gardens.

Luckily we had arrived with enough time to change into our evening wear, the event “Dress code” being given as Dinner Jackets & Ball Gowns.

We made our way down to one of the hotels function rooms where we were met by “security”. Questioned on our motives for attending this gala dinner, we passed the tests.  The dinner was our chance to meet the leader of  Transcovia and his wife, along with various diplomats, hence the title.

We checked which table we’d been assigned and entered the room. Our fellow diners had already arrived and ordered drinks, so we made a quick trip to the bar and returned to find a flurry of activity.

It appeared that a member of the Transcovia delegation was missing and various people were trying to find him……….It later transpired he and his wife had been killed!

And so the murder mystery began!

Our table of investigators by Juliamaud

The leader of the small European state of Transcovia has been invited to the UK for a diplomatic reception. The revelation that oil has been found in the tiny country is big news.

But who will stop at nothing to get the drilling rights?

Is someone jealous of the Ministers success?

And are there any skeletons in his cupboard that if revealed, could ruin his career?

Did we deduce whodunit?

Despite making copious notes, the criminal eluded us.

I could blame the nine hour drive to get to the hotel, or the one glaring omission in the plot (that Murder 57 can easily fix*), but the truth is we missed a vital piece of evidence that had been staring us in the face the whole time.

“*” There was one victim who did not appear on the table seating seating plan. None of the cast had been given a first name for this character and were reduced to calling her “mrs” or “frau” (probably in case someone had invented a name for her.) A few of the audience thought the fact that she was “missing” was crucial to the plot. We dismissed it, as, if she didn’t have a full name, we decided she must be unimportant. Didn’t help us in determining who did commit the crime though. 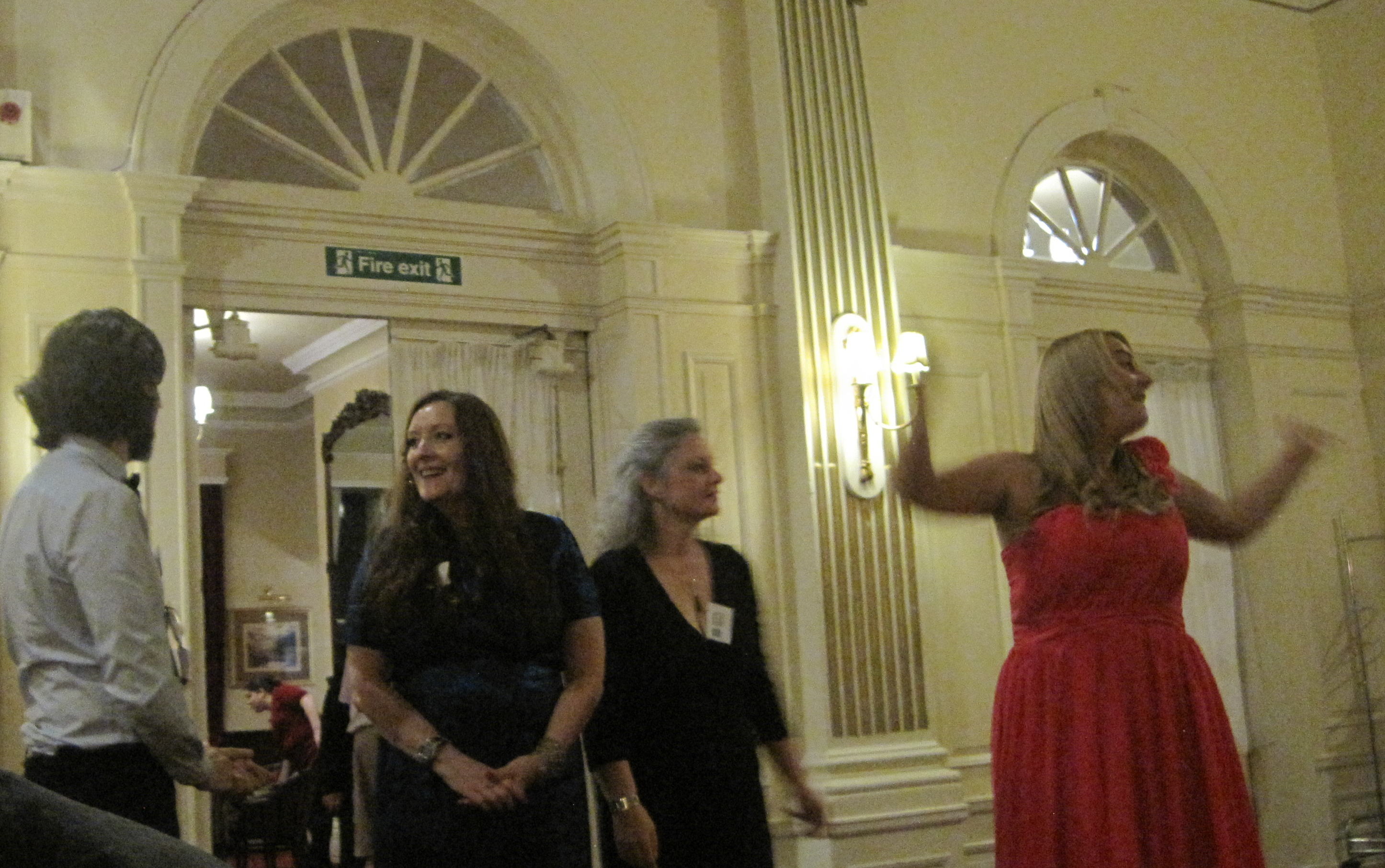 Join our club for people who want to find new adventures, solve puzzles and live life to the full. Just click the link and join the club