ITM Games and City Adventurers came together to build a pop up escape room for the Go Travel Show at Kempton Park Racecourse.

Due to launch in April 2020, the game launch had to be put on hold due to Covid19. Originally postponed until 10th September 2020, it has just been postponed again. Now due to take place on Wednesday, April 21, 2021. Keep a look out for it 🙂

Building our pop up escape room

We knew our pop up escape room would not be a fully immersive experience, filled with expensive props and large set pieces. Instead, we stressed our escape room would be puzzle solving fun, with creative themed puzzles, designed to show non-escape-roomers what tasks to expect in an escape room.

Searching online we found that the suggested space needed to create an escape room was a minimum of 250 square feet (22sqm) per room plus space for reception and control room. Other sites suggested, for a game with 2 to 9 people, a room of minimum 25 square meters (270 square feet) would be needed for a multi room game. Costs, excluding design fees, were estimated at around £3000. But again, this relates to immersive games not the pop up one we were going to create.

Other advice we found online included :

Our first task was to decide what story we could tell. It had to have a reachable goal and some jeopardy to overcome.

As the escape room was being designed for a travel exhibition it seemed obvious to make it travel focused. We started with every group travel organisers nightmare – getting all your guests back onto the coach at the right time. From there we extended the story to imagine what could stop this from happening.

And so was born the story, and our plan for, 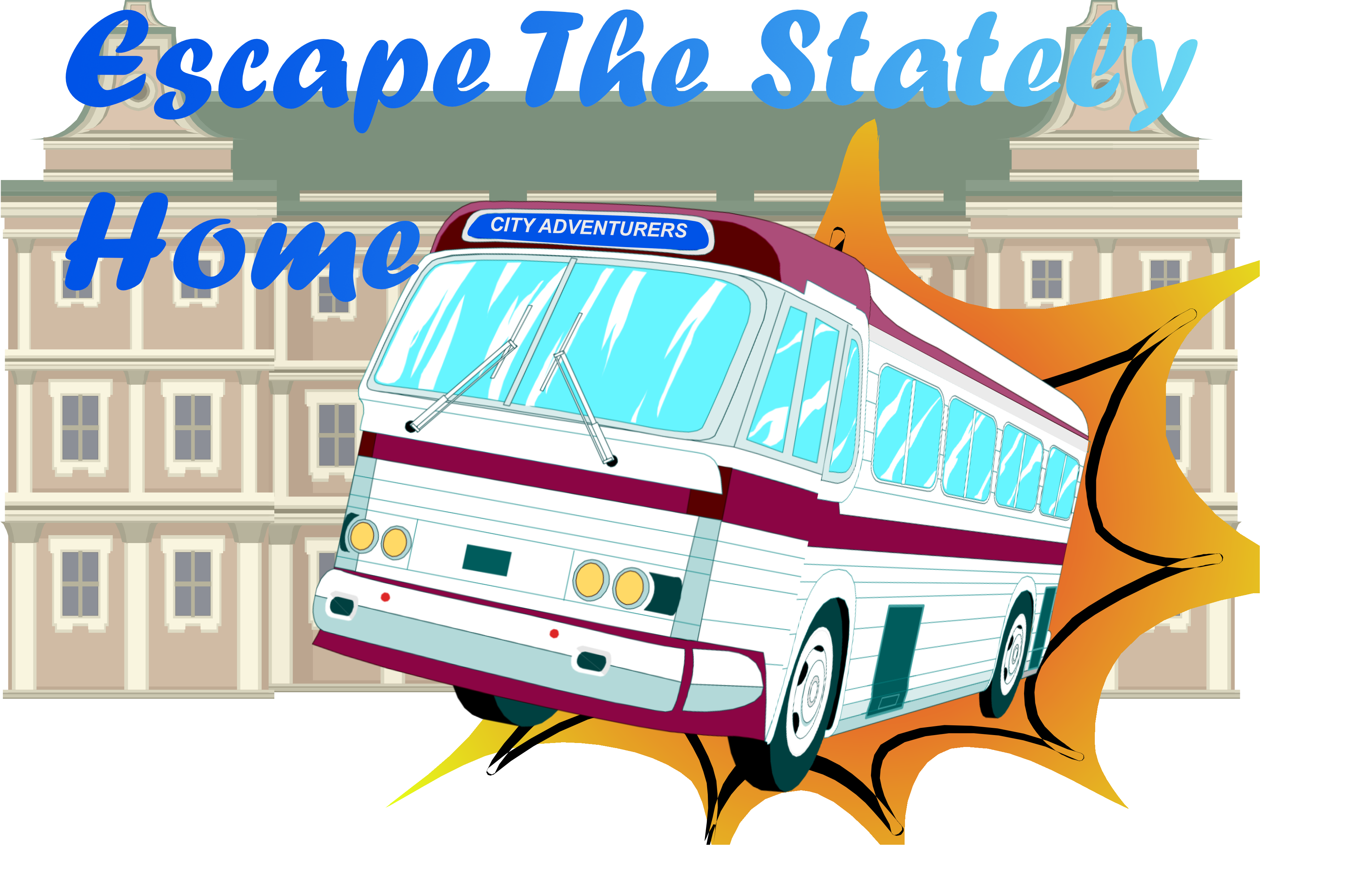 Make the puzzles fit into the story

Next we had to come up with puzzles that supported the theme. They needed to deliver plot points that continually drove the action forward.

The time limit must fit the story

Almost all Escape Rooms have a one-hour time limit. A pop up room can have a shorter playing time.

As we needed to get as many people through our pop up escape room in the time allowed we would not be able to set a long time limit. Instead we set a time limit of 15 minutes for a team of 6 players.

What happens if the players fail to collect all their passengers? In practice you’ll often see a harassed looking organiser scurrying around trying to round up stragglers.

But in our game we had two options:

As I’m normally the one who comes up with the story, I often have an idea for the puzzles that I want. I may not know exactly how the mechanics will work, but I try to provide a drawing and/or explanation of what I’m trying to achieve.  Ian has the task with making my plan a reality. Something he does very well.

He also adds his own puzzles to my plot lines and adapts things where what I’ve planned won’t work (!)

As we discussed puzzle ideas,  we came up with better plans and different ways of doing things. We also ditched the things that were not going to work along the way. The planning stage was a long work-in-progress, followed by another long work-in-progress as the props were constructed.

We had to make sure the puzzles were not too difficult for first time players. Players will want to be challenged, but not frustrated.

With a large group and limited time, the puzzles could not be linear. Everyone in the team had to have something to do at (nearly) all times.

Red herrings are not cool! We believe you should never intentionally mislead the players. It’s bad enough in an hour long game, but in a 15 minute adventure there is no time for red herrings.

As this was a pop up, we would not have a control room with monitors and screens. instead we decided to employ an in-room games master role. Both Ian and I are experienced Games Masters so that wasn’t a problem.

The game was ready to launch by March 2020. We managed to test play it before the country went into lockdown.

The Go Travel Show was postponed from April to September 2020. We are waiting to hear if it will go ahead, or be postponed to 2021 as other exhibitions have been.

If it does go ahead, please come and say hi and attempt to Escape The Stately Home!