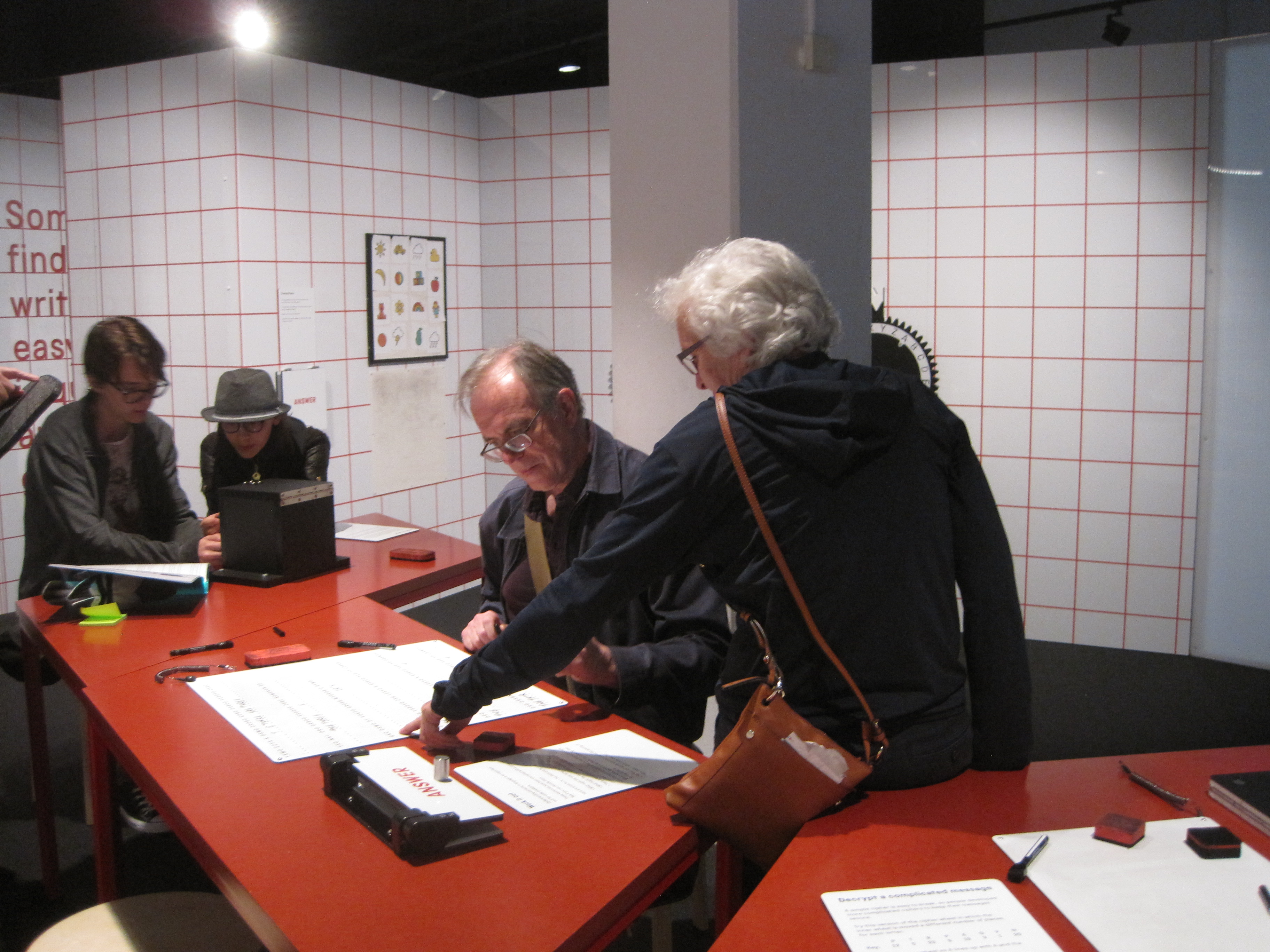 Being fans of puzzles and clue solving, our group were looking forward to visiting the Science Museum’s latest exhibition called Top Secret…….

Our tickets told us the exhibition was housed in the basement gallery to the rear of the Science Museum, so we headed there via Space and The Modern World only to find the lift did not go to the basement! (Had we continued through to the newer part of the museum we would have found a lift.) Instead we took the stairs and found the corridor leading through to the “secret bunker”.

(How “secret” is it? Well it doesn’t appear on the website map  – that only lists The Secret life of the Home and The Garden under basement level)

Top Secret: From ciphers to cyber security  is a major new exhibition compiled from the collections of GCHQ and the Science Museum Group. It features over 100 objects including never-before-seen historical technology, hand-written documents and declassified files. Although it marks the centenary of GCHQ, the UK’s Intelligence, Security and Cyber agency was not officially acknowledged in law until 1994.

After we had our tickets scanned we entered a corridor leading to the introductory section. This provided a timeline on the history of codes and ciphers and secret communications.

The room opened out to show various themed areas, such as the shell of a Zeppelin and a mock-up of the 1950’s Ruislip home used by Russian spys Peter and Helen Kroger. Outside a green “Bletchley Park” hut stood one of the motorbikes used during the Second World War to dispatch intercepted messages. Inside the hunt we learnt about the team of Bletchley Park codebreakers, who broke the Enigma code in 1941.

Obviously there was an Enigma machine on display.

Other objects on display included a talcum powder tin used to conceal microdots holding tiny photos of documents, an encryption key used by Her Majesty The Queen to make private phone calls and the first hotline-in-a-briefcase used by Margaret Thatcher in the Eighties. 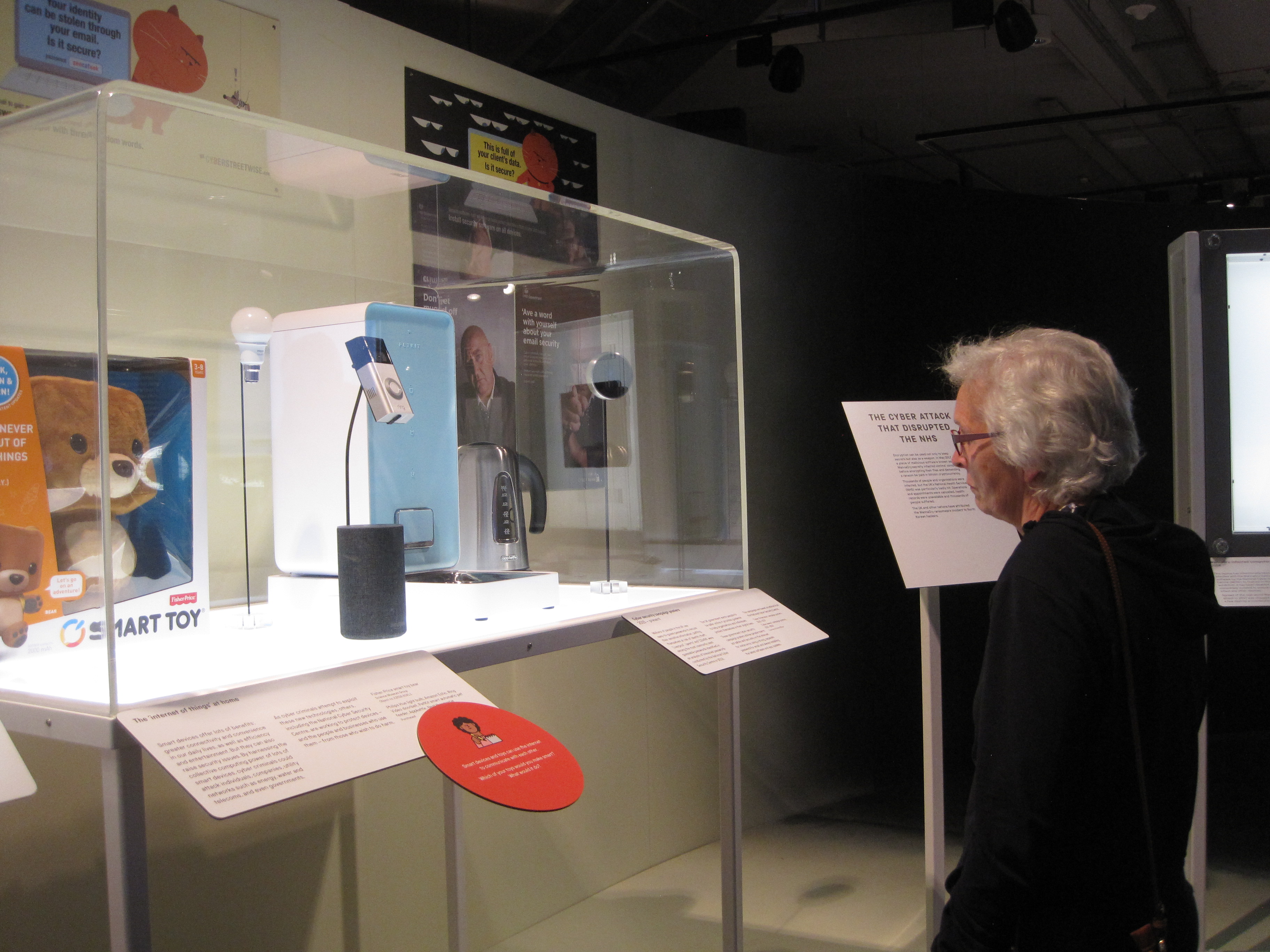 There was a section containing recorded interviews and anecdotes from GCHQ staff doing top secret work.

The last section concerned what is being done to defend against terror attacks and serious crime. This included a display showing social media monitoring…..

Convinced we had what it takes to crack codes, we descended on the exhibitions interactive puzzle area. A chance to put what we’d learnt to the test!

Top Secret: From ciphers to cyber security runs at the Science Museum to 23 February 2020. Tickets are free and can be booked online or in the museum

Become a City Adventurer and join us on another adventure

Join our club for people who want to find new adventures and live life to the full. Just click the link and join the club